A raft of construction bosses are among 63 industry leaders who have signed an open letter calling on the Prime Minister to commit to the completion of HS2’s Eastern Leg in full.

Leading rail, construction and engineering firms from the High Speed Rail Group (HSRG) and Railway Industry Association (RIA) have written to Boris Johnston as speculation mounts on the future of the route that will run from the West Midlands through to Leeds.

The letter states that “businesses have invested millions in people, in skills, in technology and in hardware to deliver HS2.

“To date, 16,000 people have been employed on the project, including over 500 apprentices. We had expected this to grow to 34,000 at peak construction, including 2,000 apprentices, over the coming years.”

It adds: “The question is often asked why infrastructure projects in the UK seem to cost more than elsewhere. And a big part of the answer lies in our propensity in the UK to review and re-open questions which had already been settled.

“We are indulging in a debate on HS2 scope and design (again) well after construction has commenced. It was understandable that upon taking office in 2019 you reviewed HS2. But having taken the decision to deliver it in full, changing that now would have a devastating impact on confidence in the sector and drive higher costs as other elements would have to be redesigned.”

Tom Wadsworth, Director at the High Speed Rail Group, said: “Last year the Prime Minister promised that HS2 would go ahead in full, including from the West Midlands to Leeds, and his own MPs have asked what he is going to do to level up if he doesn’t build the Eastern leg. 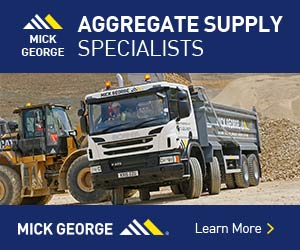 Did you miss our previous article…
https://rdconstructionnw.com/?p=529